Experiencing slower speed on your computer shows that there is a slight change. And it could be as a result of dirt or corrosion on the circuit board of that computer. So, finding out how to clean a circuit board is certainly a step in the right direction. 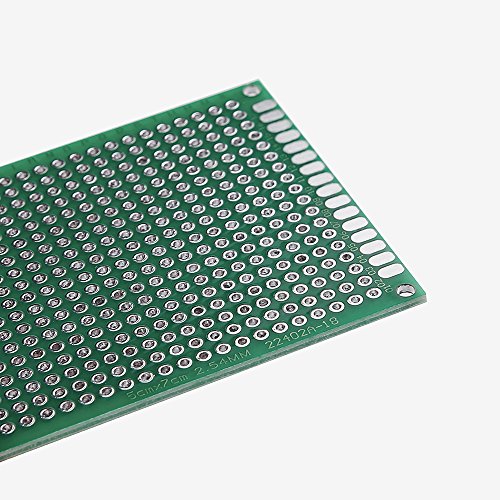 A circuit board is a piece of technology that ensures the assembly of electrical or data circuits on a horizontal piece of material.

These plastic boards and their components provide the basic technology from phones to computers, television and other communication devices.

Components Of A Circuit Board

A circuit board is made up of different components which are vital in its functioning. Some of its important components include:

Cleaning A Circuit Board

There are different ways to clean a circuit board and this depends on the severity of the condition.

For dust and dirt on the circuit board, compressed air is used while for corrosion, spot cleaning is used. Severe corrosion however, is treated with baking soda.

Using compressed air to clean the circuit board of a computer, the first thing to do is to shut down that computer system.

Cleaning a computer system while it is still on can damage the computer and it could also lead to electrocution.

Next, spray compressed air into the central processing unit at short spells. The compressed air, of course, is in a canister that has a nozzle for spraying.

The nozzle of the compressed air canister is inserted into the fan exhaust ports.

Ensure the canister is upright and not turned upside down as it could have a negative effect on your component. Also, spraying the computer for too long can freeze the components of your computer.

After that, open up the central processing unit (CPU) using a screwdriver. This ensures entry and access to the computer circuit board.

Once the central processing unit (CPU) is open, the next thing is to spray the circuit boards. 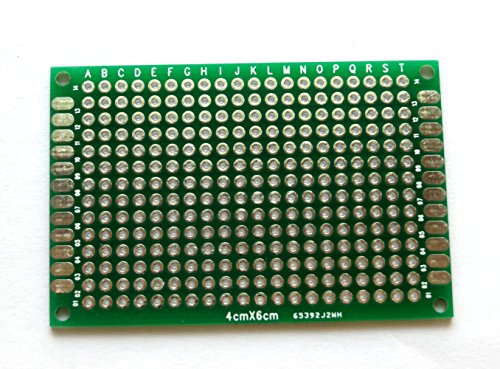 Click here to check this out and get it on Amazon!

Spot Cleaning The Circuit Board

For spot cleaning a circuit board, a cotton swab is dampened with isopropyl alcohol that is at least 90%.

Ensure that the cotton is not too wet so that there would not be so much moisture which could damage the circuit board. So, squeeze the cotton swab ensuring it is only slightly damp.

Spot cleaning helps to remove grime that would have lodged in the circuit. Grime can build up near circuit generators and at the top of the pathway of the circuit.

To take care of that, lightly and gently brush any grime build up till you dislodge it.

It is important not to use force when using the cotton swab. If any grime does not dislodge as you gently run across it, the next thing to use is baking soda.

After that, allow the alcohol to dry. It should in less than an hour, seeing as alcohol dries a lot faster than water.

When the alcohol has dried, use compressed air in a canister to blow away dislodged grime.

Ensure the canister is upright with the nozzle not to close to the circuit board and remember to spray in short bursts to avoid freezing the computer components.

For a circuit with significant corrosion, if you are not able to remove the grime using spot cleaning, the eraser of a pencil can be used. The pencil eraser is used to lightly rub off the corrosion.

This is a good stopgap measure especially if you want to avoid using baking soda because if not used properly, can damage the circuit board.

The pencil eraser is especially important for cleaning circuit boards with copper components.

Using baking soda is another method of dealing with corrosion. To do this, mix baking soda with a little water in a bowl until you have formed a paste of some sort.

Using a cotton swab, apply this mixture gently on the areas of the circuit board that are corroded until the place is covered.

The cotton swab should be as wet as possible, almost dripping so that a lot of the moisture gets soaked in the corroded areas as possible.

After that, allow the mixture/ paste to dry completely on the circuit. This could take a whole day (24 hours).

Come back to it after said time has passed and using cotton dipped in isopropyl alcohol (90%-100%), gently and lightly brush away the dried paste and corrosion.

Be sure to squeeze out the excess and do not apply too much force.

Corrosion is usually caused by a spoilt battery which leaks acid near the circuit board. So, ensure you remove the bad battery and replace it.

Finding the spoilt battery is easy as it is also corroded. Make sure that you are wearing rubber gloves when you take out the battery.

Remove the battery and dispose off properly. Then, clean the battery slot and replace with a new battery.

Preventing A Dirty Circuit Board

To prevent a dirty circuit board, it is important to take these prevention steps. Ensure that all electronic devices are switched off when not in use.

Also, handle the circuit board safely by not staying near water, putting off the device and wearing dry clothes.

Any cookies that may not be particularly necessary for the website to function and is used specifically to collect user personal data via analytics, ads, other embedded contents are termed as non-necessary cookies. It is mandatory to procure user consent prior to running these cookies on your website.